There are countless, uniquely female-centric debates that circulate in conversation through the world of sport. Tennis players Heather Watson and Petra Kvitova sexist yet, with #SexistOlympics trending throughout the summer months&hellip; Yet women have been kicking ass in the sporting industry before Serena and Venus could crawl, and continue to shine as professional athletes all around the world, inspiring the generations to come.

For a small country, Ireland always manages to surprise, continually producing influential sporting figures who quickly become household names across the nation. This summer, 21 year old Paralympic swimmer Ellen Keane quickly made waves as one of the stars in Rio.

Hailing from Clontarf, Dublin, Ellen was born with an undeveloped left arm and competes as an amputee. Her love for swimming at a young age quickly evolved into a competitive one. ‘’I started when I was about two or three. I didn’t even really like swimming so much, but I loved racing. It’s easy to do something when you’re good at it.” explains Ellen. “I joined a club and started swimming with a proper team. Every competition I went to, I just seemed to get better.’’

At just 13 years old, Ellen was Ireland’s youngest ever Paralympian when she swam in the 2008 Beijing Games. Even though she was the baby of the group, she wasn’t phased by the experience - it inspired her to keep going. ‘’You have to put in the hard work. Talent will only get you so far,” says Ellen. “ It was all a blur for a while, I was the youngest but everyone just kinda treated me as if I was the same. We were all over there for a reason, and that was to compete.’’ 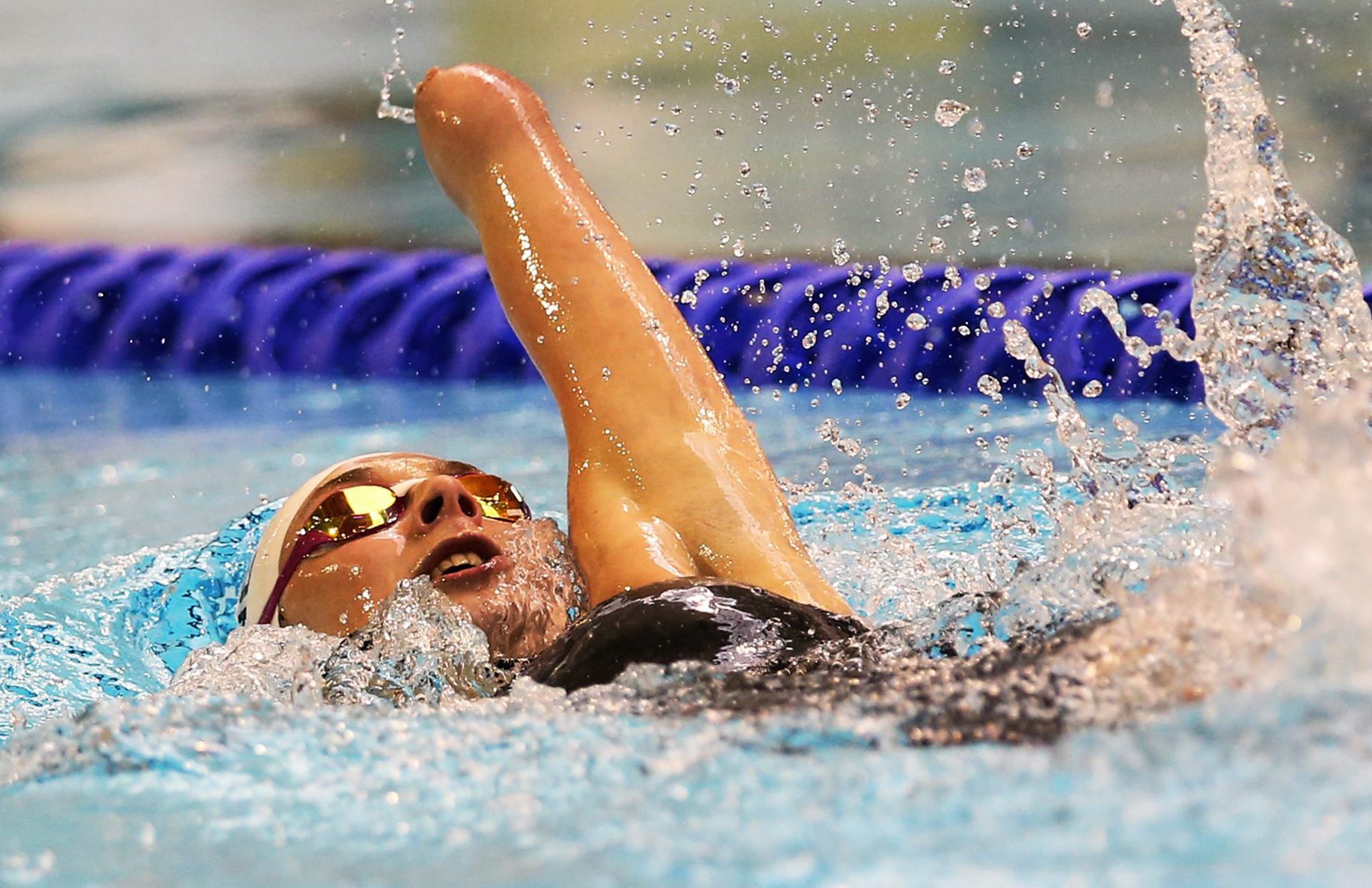 After her first games, swimming became Ellen’s refuge during awkward teen years, and helped her work through her anxieties and insecurities. ‘’I was 14 and started to get really insecure about my arm... Swimming was the only place I couldn’t hide it - there’s nowhere to hide - you only have your hat, your goggles and your togs. I learned to be a lot more confident about my body and about myself through swimming.’’

Confidence and hard work proved to be the winning recipe for Ellen, who, when she isn’t training can be found baking while studying for her course in culinary entrepreneurship. At the 2012 Paralympic Games in London, she made three finals and finished 5th in the 100m Butterfly. 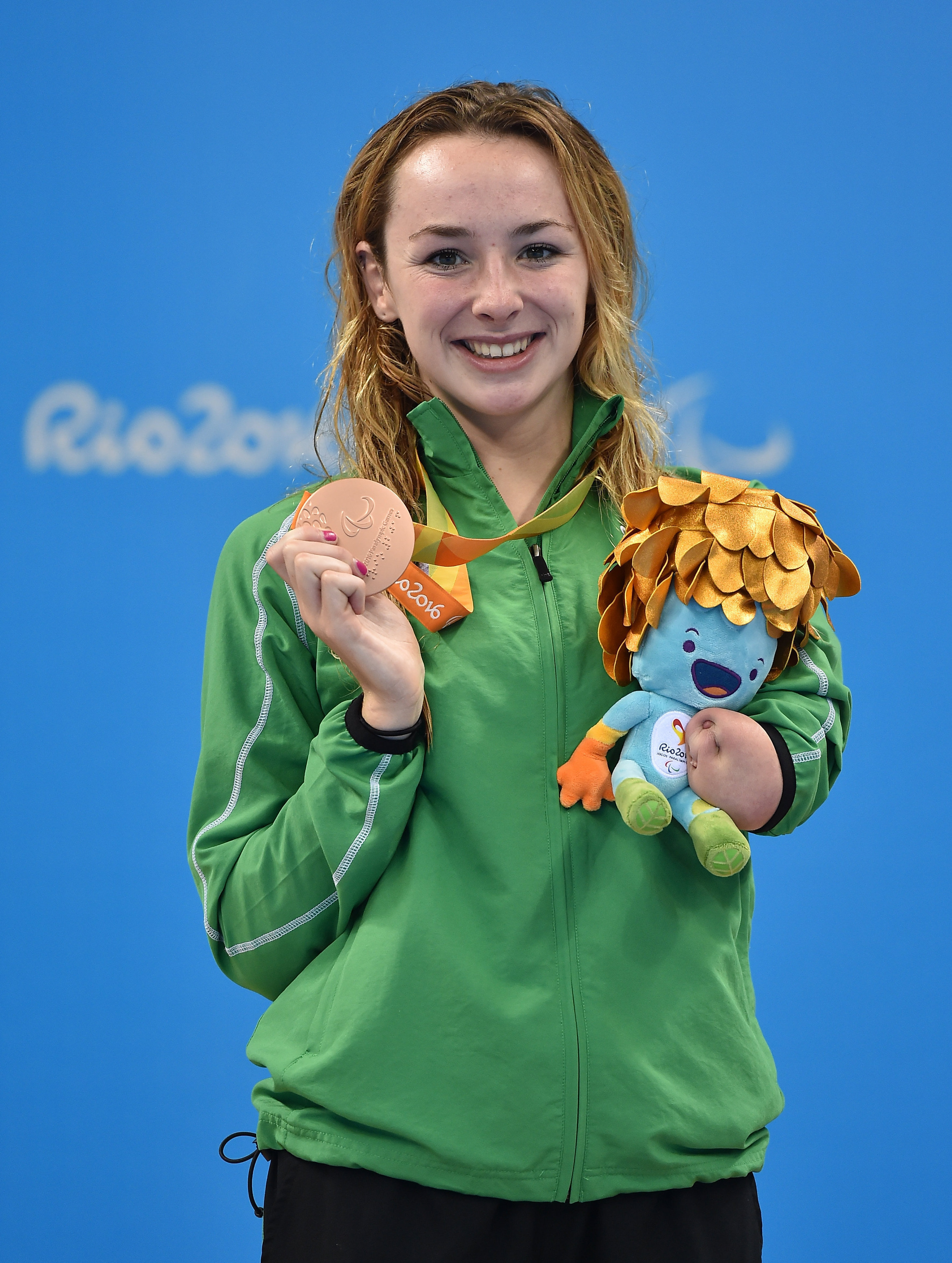 Then this year, Ellen’s growing talent shone through at her third Paralympic Games in Rio, where she claimed a bronze medal in the 100m breaststroke. ‘’When I was in Beijing, nothing really phased me and then going to Rio, I was shitting myself. At the beginning I was so ready, so eager. But then as the games started getting closer and closer I started getting really really nervous. I just wasn’t able to control my emotions as well as I thought I could.’’

With two games already behind her, but not yet at the peak of her career (!), Ellen’s third Olympic experience began as a strange one but ended in triumph, her hard work paying off. ‘’My medals from Rio mean so much to me. All I wanted to do was to get something out of it. I was there with a purpose!’’

Besides being the greatest personal achievement of her life, Ellen’s sporting fame has thrust her into the public eye and led to her becoming a role model - something she takes very seriously.

After an appearance on the Brendan O'Connor show last year, the mother of a young girl with a similarly undeveloped arm contacted Ellen. ‘’She said that she had a little girl who has the same arm as you and she’s only three and she’s already hiding her arm. That broke my heart. I met her and she wouldn’t pull up her sleeves for me!’’ 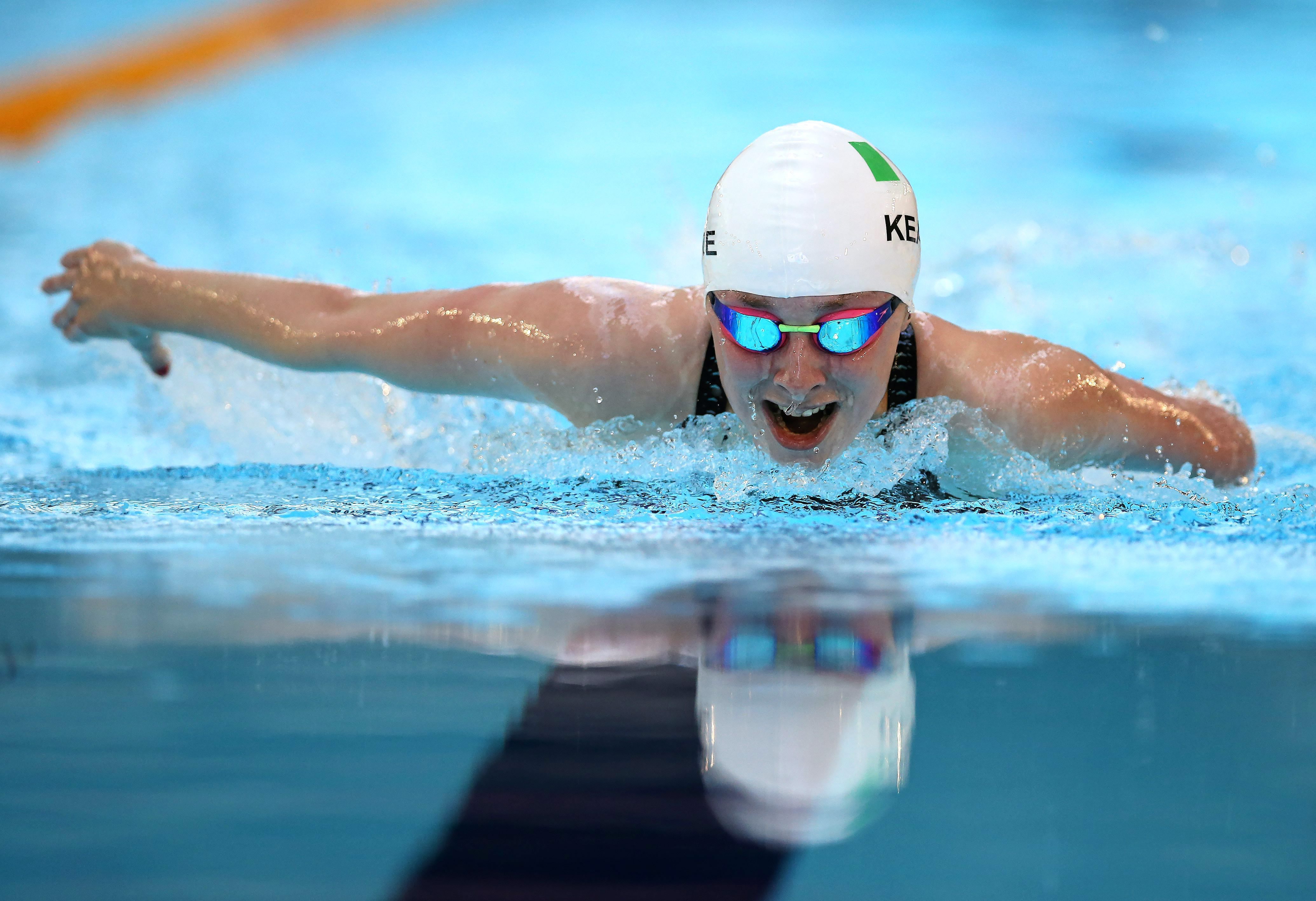 Ellen hopes that she can send a positive message and inspire the next generation of young kids growing up with undeveloped limbs like hers. ‘’The amount of parents that I’ve met that ask me if they are going to be okay. I always just say, ‘Don’t worry, treat them like you would anyone else and they’ll be okay.’”

And, what was the one piece of advice that Ellen would give to someone hoping to achieve the kind of success she has?

‘’Believe in yourself. Once you start believing in yourself, then things will start coming together.’’

YOUTH chatted to Chupi Sweetman, founder of the multi-award winning jewellery brand Chupi and former Topshop designer. Her creativity stemmed from her upbringing and being...

Women – From Badass to Kickass

Women – From Badass to Kickass

“Do stuff. Be clenched, curious. Not waiting for inspiration's shove or society's kiss on your forehead. Pay attention. It's all about paying attention. Attention is...

Fatti Burke is an illustrator whose first children’s book Irelandopedia, an award-winning compendium of knowledge about Ireland, was a bestseller last Christmas. Now Fatti (AKA...

10 Things You Need To Know About Hot Brown Honey

10 Things You Need To Know About Hot Brown Honey

1. Hot Brown Honey is an Australian group of phenomenal female performers who smash stereotypes, remix the system and dare to celebrate our similarities and...

Let’s face it, the election of Donald Trump as POTUS is a serious setback for the feminist cause. It just is. What better time for...