In 2019, THINKHOUSE was selected by eFlow as its new creative agency partner for the brand. Our first campaign was The Director’s Cut – a public information awareness campaign that reinforces the value and simplicity of eFlow’s digital solutions.

Fast forward to 2021 and eFlow was ready to refresh the creative for a new awareness campaign. The Director’s Cut was such a hit that it was decided that this fun movie-themed campaign warranted its own sequel.

The original Director's Cut playfully reimagined movie posters as a way to educate drivers on how to pay their tolls with the eFlow App, M50 Video Tolling and how to avoid unnecessary penalties.

For the sequel campaign, it was decided to take the campaign beyond posters to create an actual movie trailer for one of our fictitious films. ‘The Forgotten Journey’ is a thriller about a young woman who goes on a journey of self-discovery, but forgets to pay her M50 toll. As our bombastic movie trailer narrator says: “She just wanted to get a little lost. She never knew she’d fined herself.”

The ad was made to inform drivers that they must pay their toll by 8 pm the next day to avoid needless penalties and can do so by visiting the website eflow.ie.

We combined this trailer with a new movie poster for Timesaver 2 - a sequel to last year’s Timesaver, and two radio ads also created in the style of movie trailers. 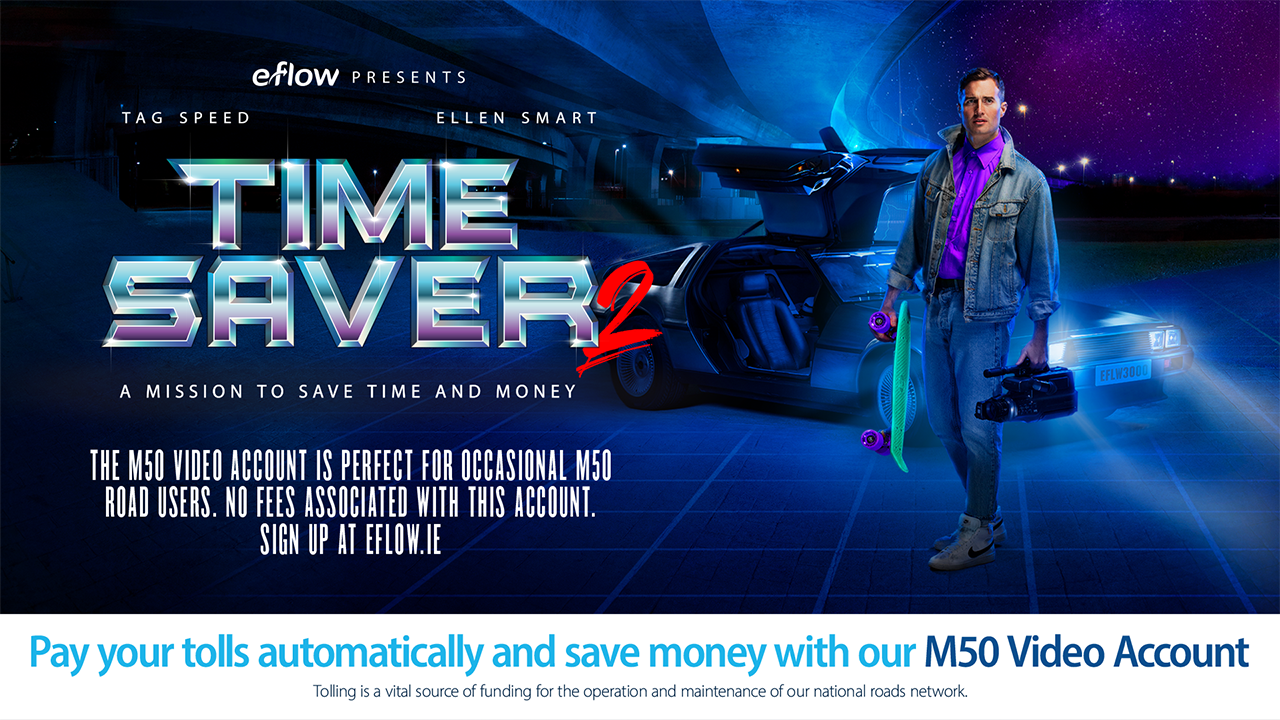 Following a competitive pitch process, THINKHOUSE has been selected by Emovis Operations Ireland as its new creative agency partner for the eFlow brand. The first...

THE ONE FOUNDATION, ONE DAY: SUPPORTING REFUGEES IN IRELAND