Burnt Out is a collective of young creatives from North Dublin who combine their varied skill sets to explore working class identity in a variety of different mediums, without restriction. YOUTH met with Dave and Paul from the collective in an intimate conversation about their work, expression and opinions on youth culture as they see it.

TH: What is Burnt Out?

Paul: It’s not necessarily a band, although from the outset it looks like four people in a band. It’s more of a collective movement, and it’s more of a multimedia project than just four lads jamming out.

Dave: Basically, there’s a group of us that all grew up together in the same area since we’ve been 12 or 13. That was huge group when we were younger, coming through school. The group that endured, that stayed together are the group that have been continuously pursuing creative output, so we have that group with individual skill sets, but then Burnt Out is a very specific identity and a very specific project within that. As Paul said, Burnt Out might seem like a group that’s pursuing music and film, but it’s not. It’s without restriction. It’s whatever means, whatever medium needs to be taken to pursue the message or the particular ideology at the time.

Paul: It’s about artistically putting ourselves forward as we are, regardless of the medium, so while, right now, you see us doing a music video, it might not be that in two months or two years from now. It’s just about putting ourselves out there as honestly as we possibly can.

TH: What messages do you guys try to address through Burnt Out?

Dave: The most enduring thing about the core of Burnt Out for all of us was to do with our identity as working class people. Using our project to personally address class disparity in the way that we’ve experienced it, but also to give representation to ourselves and working class identity in a way that we feel is treated with the reverence and respect that we feel it deserves.

Paul: You see a lot of misrepresentation of the working class, especially in the arts in Ireland.

Paul: So, it’s our plight to put across the truth of what is actually happening. 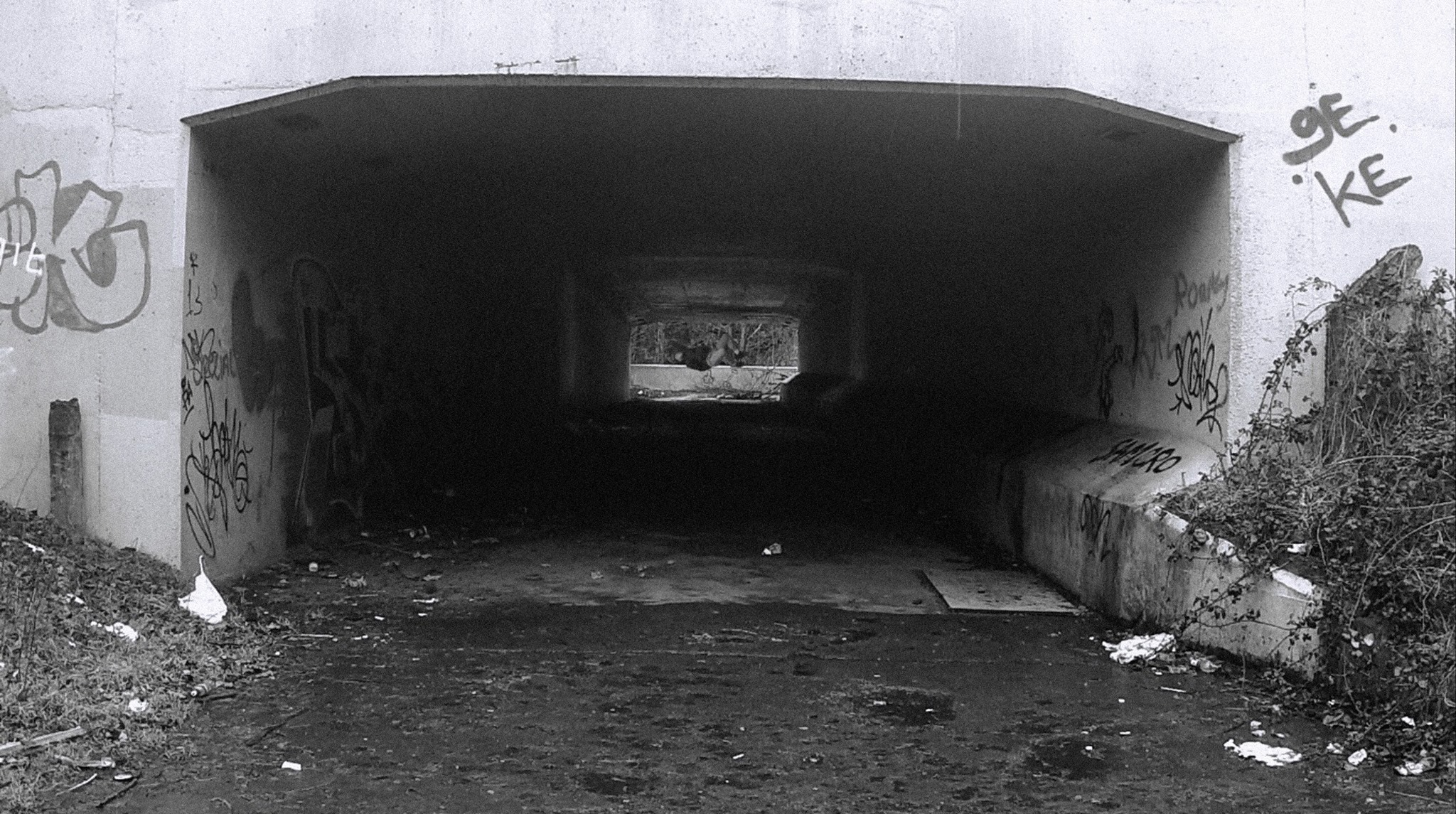 TH: How does the creative process work across the team?

Dave: I think the roles are fluid. If we were to restrict the roles to be extremely regimented, if I’m always directing or running camera, it means that I can’t work in another area where I need to be. The same goes for everybody else.

Paul: So, there’s a sense of, sort of, community in the projects we’re putting forward and fluidity of that is very important because there’s not always the person there who’s good at camera to do the camera. So, we need to have a fluid group of people who all have the same mentality, all have the same drive, the same inspiration, the same willingness to put themselves forward with this common identity that we share, and that could be anyone who wants to come in, who believes our message. And, there’s a core group of us there that are all willing to do that.

TH: So, if you have an idea for a project, how does that go from paper to finished execution?

Paul: It’s the openness to whatever narrative we’re specifically trying to get across at the time. That might not necessarily come across in a song or a video in the right way, so we have to find other ways of doing it. And that’s where we utilise each person in the collective and we utilise every perspective we can gather.

TH: Can you tell us a little bit about the background to Dear James?

Paul: For me personally, and for Burnt Out, it was imperative that we spoke as honestly as we possibly could about where we’re from and the stories we have to tell. Occasionally that means telling tragic stories about real people. This was one of those cases and the lyrics are self-explanatory.

TH: There’s a lot of hidden imagery in the video that people might not catch on first viewing. Can you elaborate on that?

Dave: Content is the most important thing to us and we tried to jam in as much content as we could. The video is filmed in a strange way for us, for a project, because we so desperately wanted to put ourselves forward as honestly as we could, we took the luxury of time with it and shot that video over the course of a couple of months for a lot of the candid stuff. The whole video is just shot on a small GoPro, and the reason for that is restrictions, because we have fuck all and Robbie happens to have a GoPro. We work with what we have and we always get it done.

Paul: What Dave is saying there is that it’s a matter of knowing what you have at your disposal and then going for it and never letting anything stop you in the process of achieving that goal. The fact that we had a GoPro, that doesn’t mean that we can’t have a cunt floating on a fucking church. We can do that so let’s do it.

Dave: And after about a week of filming people naturally, you start to forget about that little GoPro following you around and it’s just you hanging out with your mates. So much of that video is truthfully, utterly candid because it was just us doing what we do with the people that we do it with. And we were able to record along the way because we weren’t going around with a giant steady cam.

The scramblers (bikes), that’s our mate Shane Ryan, that we were both in school with, that’s his first day back on a bike after getting a heart and lung transplant. So, it was a big deal for him. It was a big day for him and we were sharing that moment with him and his brother. We were also able to capture that and send them the footage afterwards, because they wanted that moment. 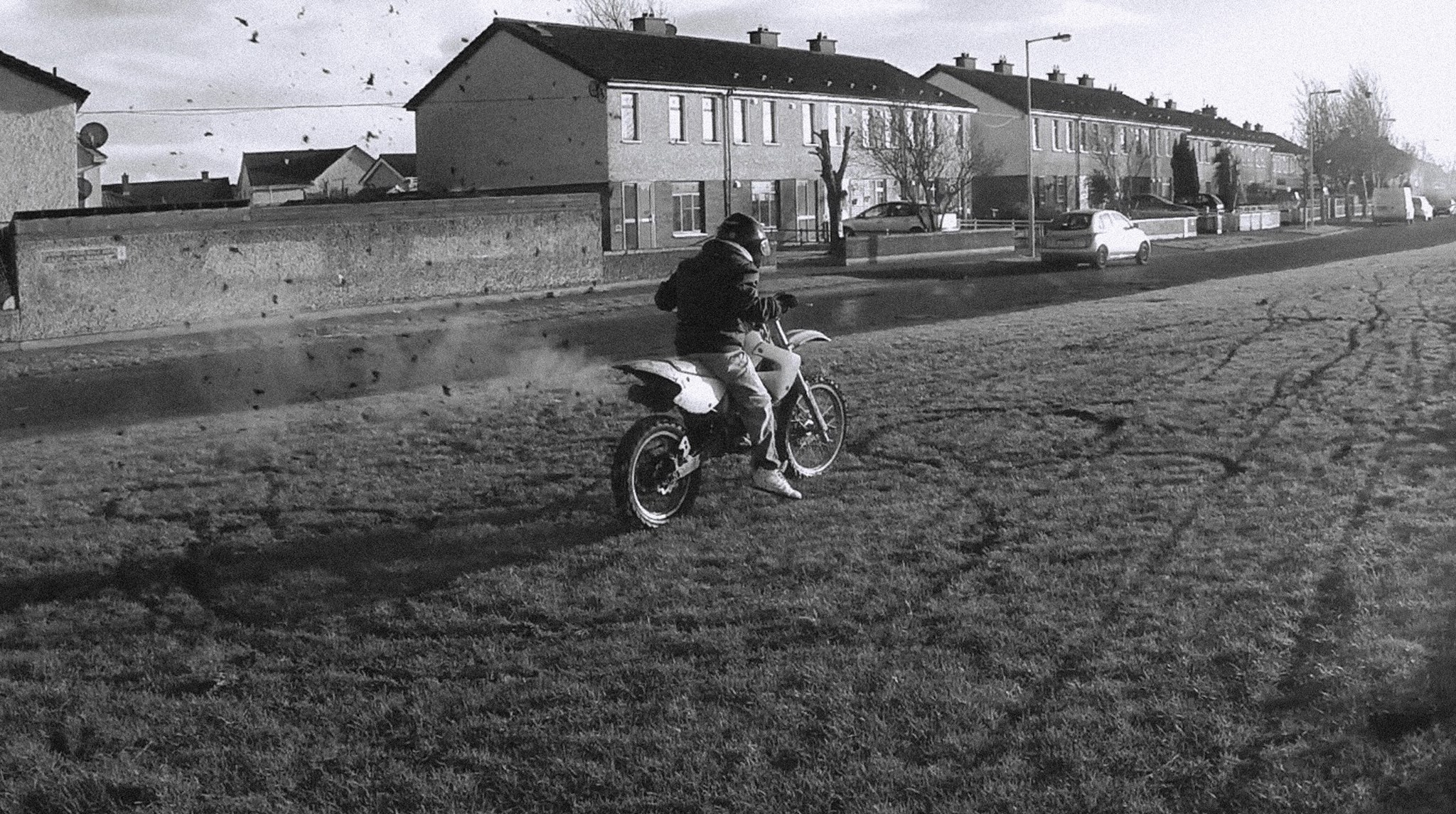 Paul: That’s why being able to do things candidly is good because there’s a big load of gafs there looking right at us doing it so walking around with a big camera is not ideal, even though it would have helped us at other stages.

Dave: So there’s other parts of the video that are totally and utterly scripted, and bits that tease the line in between, and we wanted to float between the reality and the hyper reality of the two. The actual practicalities of making somebody float over a building, that’s not something we had experience in. Never touched a green screen before in my life, didn’t have one. Went to Ikea with twenty quid in my pocket and bought two bed sheets that were the wrong colour green and hung them over Robbie’s back garden wall and we made it happen.

TH: How do you promote your stuff once you put it out?

Dave: Personally, I was never too interested in what happened to projects after I did them. Output has always been a very cathartic thing for me and it’s always been a very necessary form of getting it out of the head. For me it’s always just been about making, constantly. And I’d love to not have the desire to make because it would mean that I would probably be a lot more peaceful. It’s trying to make peace with yourself; so, what’s been important for me is just output. But, that starts to change with a project like Burnt Out because it’s less exclusively just about my personal desire to make something, because it’s a group desire to make something and see ourselves represented.

Paul: You can put something out that you feel artistically driven to put out but that’s not always what your desire is for people to view your artistic output as that thing. When we do something like Burnt Out, we’re coming together as a group to say what do we want to say so it’s not quite as easy to pull those things down. 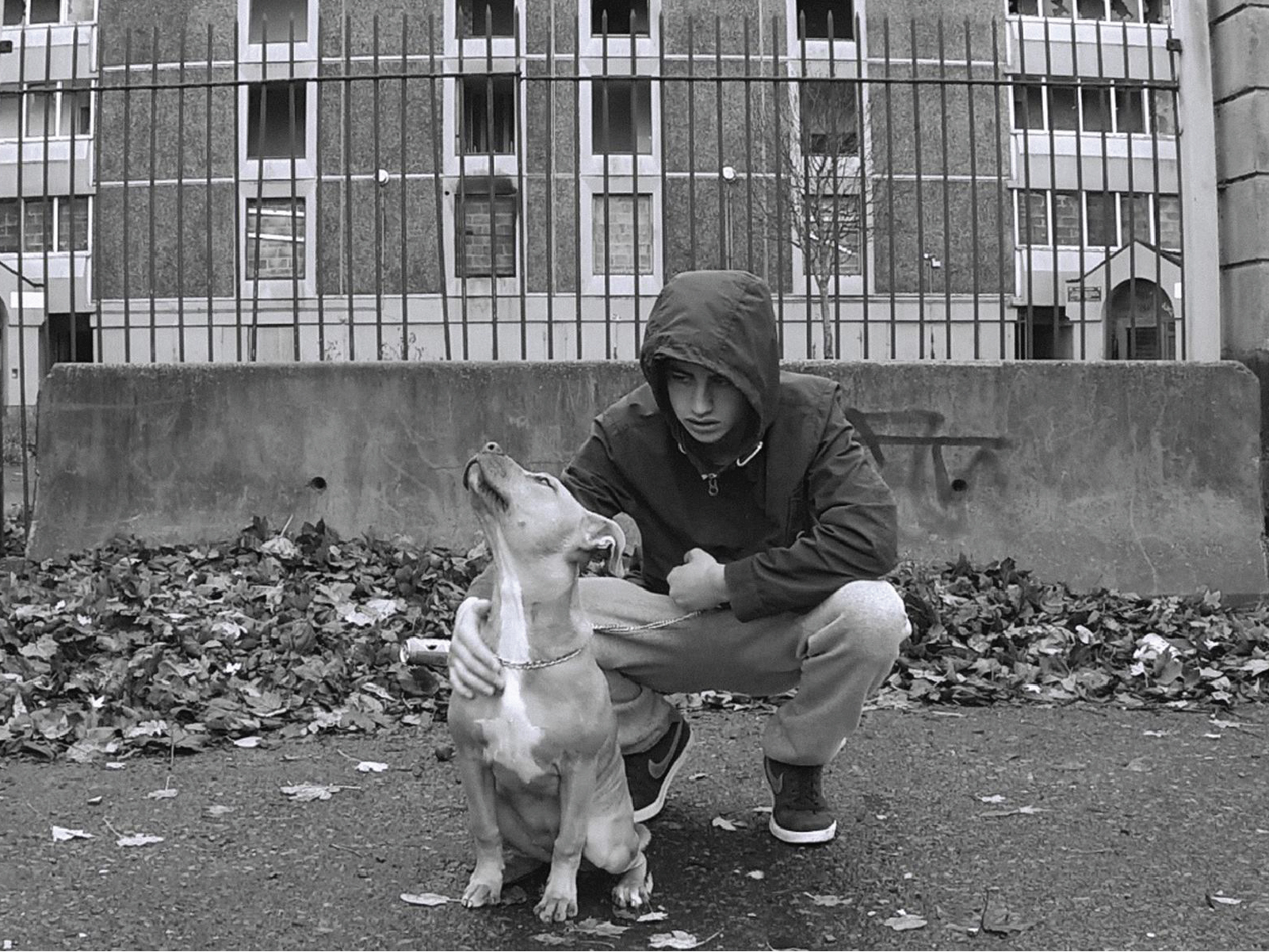 Paul: Nialler9 was one of the first people to email us and did a big feature on it. It was really confusing as to where we can reach with this thing because we were getting big things but then didn’t know if actually people in their gafs were interested in it or not.

Dave: So promotion for us on this project was just served through the video itself; the video reached certain people and those people pushed it in other areas, to totally different audiences than we could have reached personally. There are strong reactions locally to things that we do on a personal level.

Paul: But there’s a risk in that because from the sound of that (Dear James), not necessarily everyone where we’re from is going to like that because they were raised on music that has nothing to do with that, but in a way the pride of this for myself and a lot of the lads was that it managed to transcend that obvious sonic boundary and people just got it. So you don’t necessarily have to tailor your work to what you think people are you going to like. If you come with truth, if you come with honesty in your message, it’ll shine though.

Dave: People will respond. People will notice you in Eddie Rockets in Clare Hall. (LAUGHTER)

Imagery/Video courtesy of Burnt Out.

When Joe Carbery was signed to a development contract with the world’s largest professional wrestling company, the publicly traded entertainment behemoth, WWE, he had dreams...

Held in Denmark, Roskilde is one of the largest music festivals in Europe. When it started in 1971, it had roughly 10,000 attendees; that’s grown...

Girl Crew is a worldwide community that helps women make new friends. It began when Girl Crew’s founder was looking for some girls to go...

The HunReal Issues is a website, social stream and movement “that addresses the issues that every hun needs to be knowin’ about”. It was started...

When the world is starting to seem so scary and divided that you’re afraid to turn on the news for fear of what you’ll see...

There is something rather peculiar about the United Kingdom that breeds youth subcultures like no other place on earth. There are, of course, countless positive...