Fashion inspires passion and when faced with the sartorial opulence that gives life to feminine fashion design, it’s not a surprise that the dopamine is pinballing around the brain caves of those whose penchant is on the femme side of the fence. 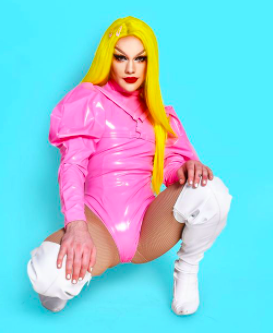 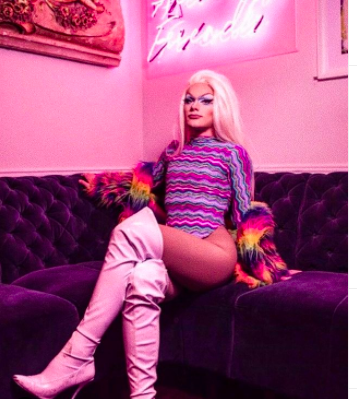 This is the case for Aaron McDonald, dancer, bespoke designer, and drag artist (performing as Faux Joli), who’s had a love of fashion as long as he can remember. “I have always loved fashion but my main interest was in women’s fashion.”

He was bound by the traditional ideas of binary fashion before drag gave him a license to break the mold. “When I was younger, with the generational differences back then, I had an idea that womenswear was just for women and that was it. After I discovered drag, my love for fashion blossomed even more so because Faux then became my muse. I could wear women’s fashion and women’s clothing and present it and be my own mannequin” 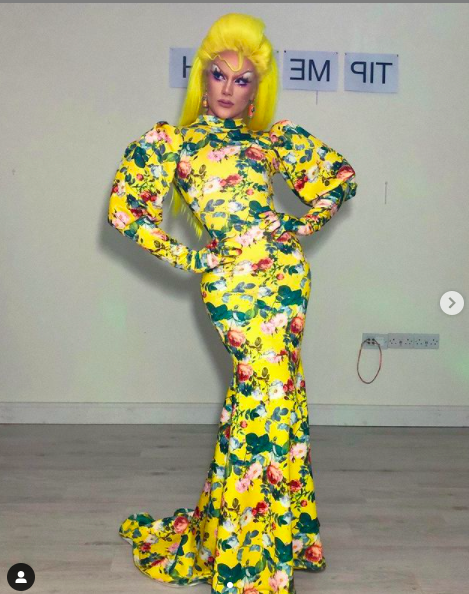 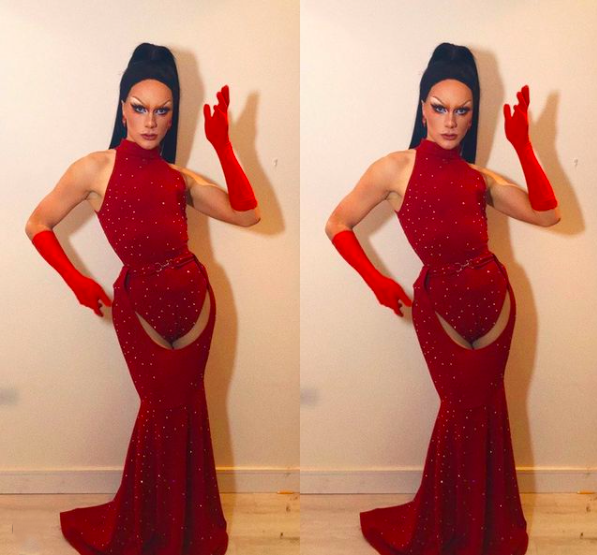 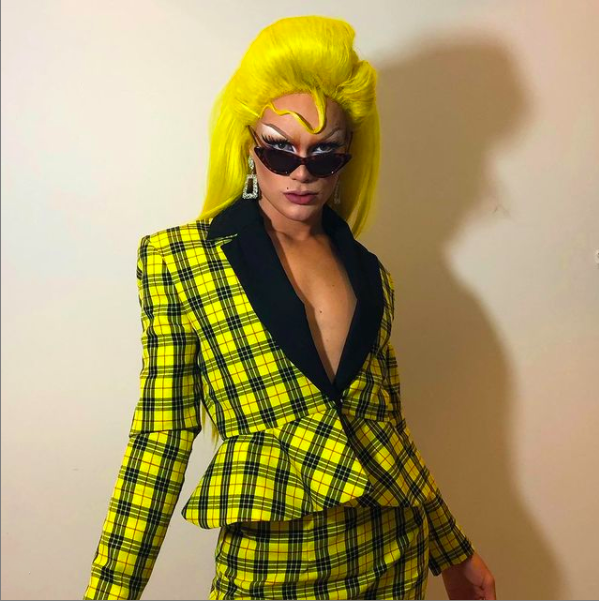 (Faux in some self-made outfits)

One person also resolutely refusing to reside in a box of any kind is John Mangru, a fashion designer and model who's making waves on the fashion scene as curvy as the fashion he’s inspired by. 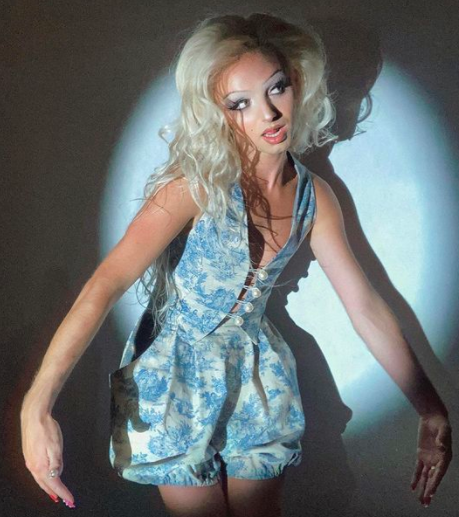 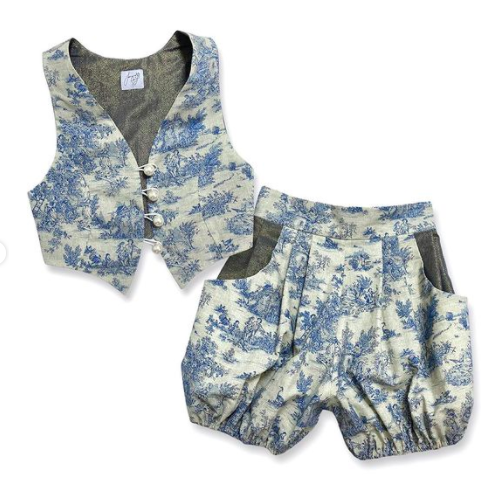 “My relationship with clothes is actually unhealthy, I’m very obsessed with my clothes and everything to do with them. I’m like a hoarder buried alive... I'm just like the more the better.”

Twenty-three-year-old John is a graduate of Ireland’s National College of Art and Design whose designs take no shortcuts in achieving the highly feminised look that he both cherishes and is famed for. “My gig is doing corsets, beautiful tops, I love ornate beading, embroidery…”

John makes and wears exquisite corsets and, as his Instagram will attest, he himself is one of his most heavily used models. Corsetry for John creates a look that is ownable and variable. “I just love the idea and the shape that it can give and does give, that you can almost create a shape that’s not there if you want.” 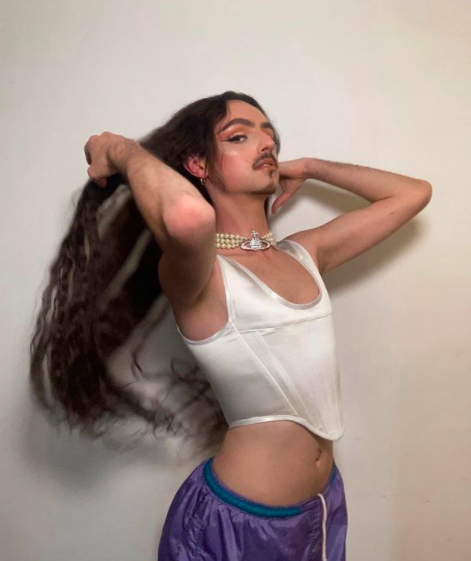 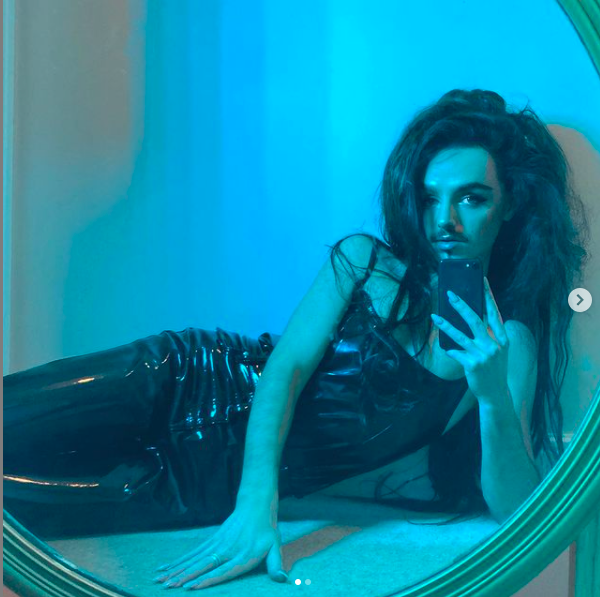 This spirit of creation started early for John; “I have always been dressing up and making things, one of the first times I was able to “style myself” was for school. I went to a non-uniform primary school and I wore a teal t-shirt and a waistcoat and a matching fedora and I thought I was literally the bee's knees. He also learned of the cyclical nature of fashion from these early experiments “For years l was like - “what a terrible outfit, I can’t believe I wore that” - and it’s funny now because that’s literally what I wear now so I guess it comes back around.”

Both John and Aaron agree that the dial of fashion is shifting in the direction of more freedom of expression for men wishing to cross the sartorial divide.

John said; “I think that there are a lot of brands that for their male audiences they’re making it more feminine, like this whole trend of guys going around with pearl necklaces, I don’t think you would have seen that 10 years ago. So it’s getting there.”

Aaron sees the stigma dissipating with the ebb of generational change: “The binary is just fizzling out over time. With younger parents raising their kids it’s becoming a lot more open-minded and stuff for younger people to do and act and dress however they want to. I feel like it’s really important to inspire and to further break that boundary down for the younger generation that is coming up.”

The exponential increase of progressive attitudes (dare we say wokeness) of today’s society is definitely helping to reinvent the concepts of femininity and masculinity. Recent axis tilters like Billy Porter and Jonathan van Ness have brought a fresh vision of men’s fashion to the red carpet, breaking tradition and evaporating expectations with the flash of a pap’s bulb. 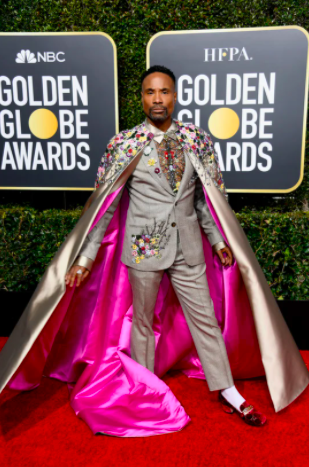 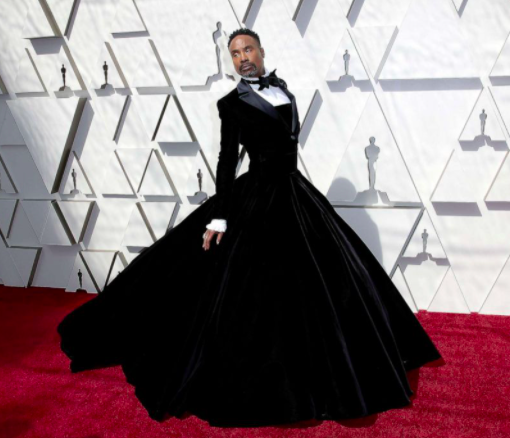 In describing his own style, John Mangru called upon the words of others but leaned into the description with a laugh “I’ve heard a lot of people say I’m like a gay pirate or a renaissance painting, but really camp, that’s kind of what I love, the frills and all that pretty jazz. Again it's that corsetry coming into it.”

As well as being his signature piece, John’s corset obsession seeks to upend the previous connotations that the restrictive garments carry and he collects them voraciously to honour his craft/obsession: “I have a crazy selection of corsets, ones I’ve bought, ones I’ve made, brand new ones, vintage ones, I see them as such symbols of beauty, and there’s this whole argument of are they symbols of oppression or not. So I think definitely back in the day, it was but I think nowadays it’s been reclaimed. You don’t have to wear them to make yourself tiny, they’re made more as fashion statements.” 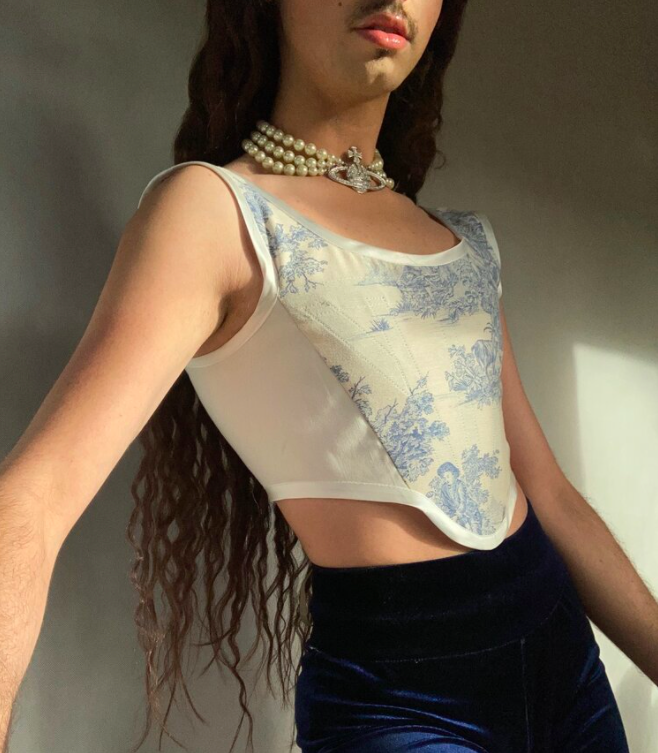 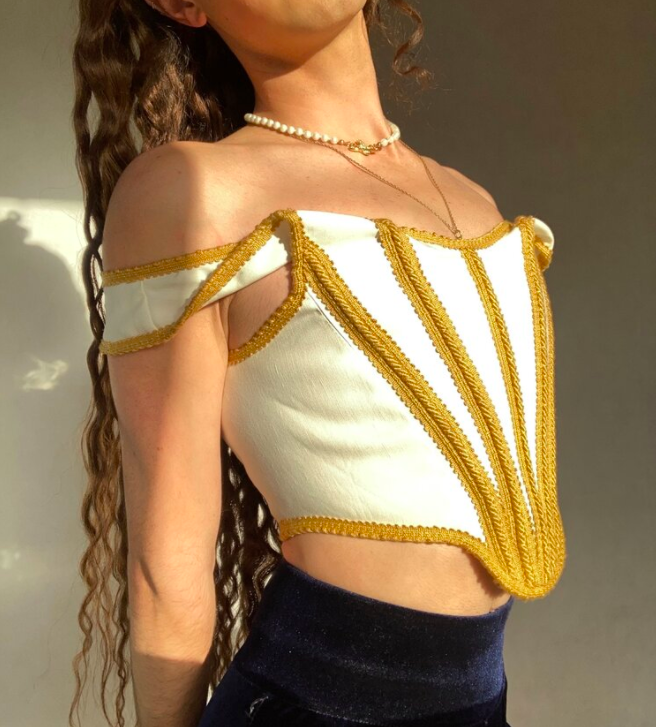 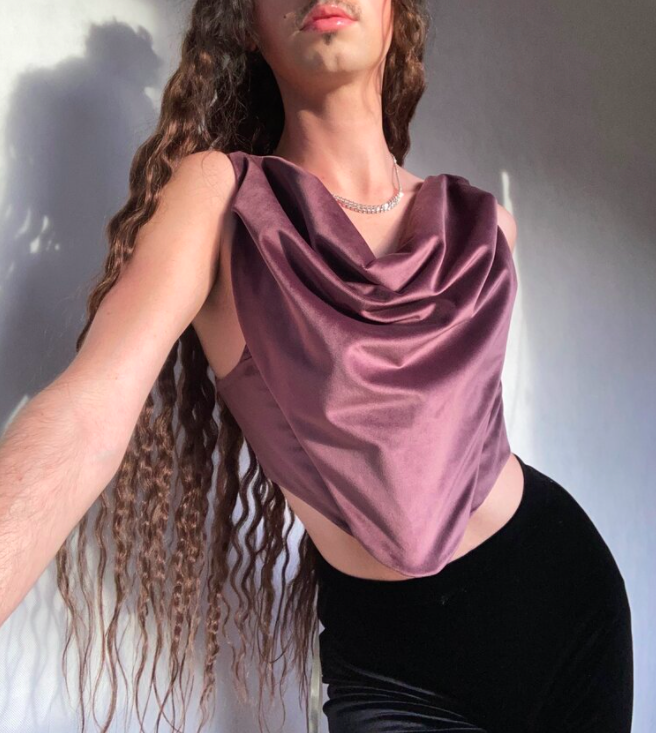 (Some of John's corsetry)

Of his current style, Aaron says, “it’s a little bit glam, I wear a lot of fur, I have an obsession with vintage fur, I would never buy real fur that's brand new, but I love to collect fur coats so it tends to be kind of a big glamorous jacket, a vest, some nice trousers, maybe some leather pants, or just some jeans, and then I love wearing skirts as well… 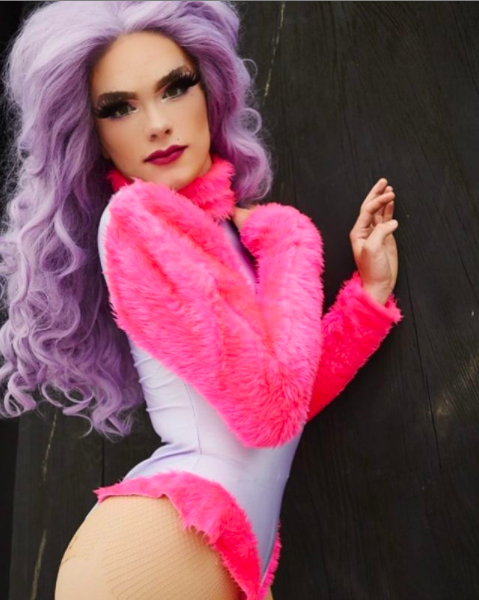 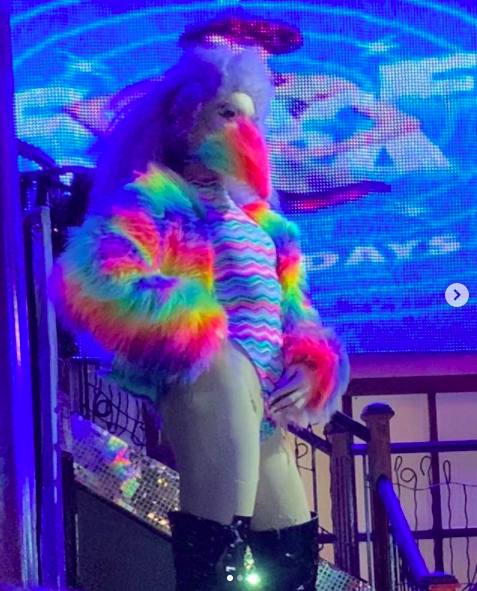 (Faux in some of her own fur creations)

On their favourite designers, both were emphatic in their choices. “McQueen and Mugler” for Aaron, and for John, “Vivienne Westwood. The way she designs clothes, the way she comes up with her collections, they are very theatrical and tell a story. Kind of what I like to do in my work as well.”

These young designers are no longer inhibited by the duality that has gone before them. The femme will burn brightly with them holding the torch

There exists in the hypothetical style-iverse, a utopia (queer or otherwise) where we’d be able to walk into somewhere and find the garments that speak...