Ben & Jerry's and Tony's Chocolonely - two of our favorite client brands - have coupled up. Both brands are passionate about social justice and both brands are leaders in doing business with a mission. It was love at first bite. Tony’s Chocolonely’s mission is to end modern slavery and child labour in the chocolate industry; Ben & Jerry’s mission is to make fantastic ice cream, while promoting business practices that respect the Earth and the Environment.

As a partner to both Ben & Jerry’s and Tony’s Chocolonely, THINKHOUSE has been tasked with spreading this good news story. It couldn’t be a tastier brief.

Is this the world’s most anticipated chocolate drop?

The flavour Gurus in both Ben & Jerry’s and Tony’s Chocolonely have been working away to prepare tasty treats, ready to hit the shelves this September and again in early 2023…

The cocoa beans from these brand-new chocolatey treats are sourced through Tony’s Open Chain which helps companies take steps to end modern slavery and child labour in the chocolate industry. Ben & Jerry’s will also begin converting its ice cream portfolio to Tony’s Open Chain, prioritising the cocoa in the ice cream base mix. By adopting Tony’s 5 Sourcing Principles, companies take responsibility for ensuring a fully traceable cocoa supply chain and paying a higher price to address poverty, the root cause of social injustice for cocoa farmers.

Ben & Jerry’s already pays farmers a Fairtrade Premium for their cocoa beans through an ongoing partnership with Fairtrade, and boosts this further by paying a Living Income Reference Price. As part of Tony's Open Chain, Ben & Jerry’s will now also commit to Tony's 5 Sourcing Principles which means, among other things, also paying a fee to further support the partner co-operatives in Côte d’Ivoire.

As a Mission Ally of Tony’s Open Chain and by beginning their conversion to buying cocoa directly from eight partner co-operatives in Côte d'Ivoire, Ben & Jerry’s will not only get to know which farmers produce the beans that go into their chocolatey ice cream, but also under which social and environmental circumstances. Full traceability and transparency of the cocoa supply chain is crucial to provide social justice for cocoa farmers – and to enable dignified livelihoods.

“We began this journey seven years ago, when we first partnered with Fairtrade co-ops in Côte d’Ivoire, and this is the exciting next step in our cocoa journey as we amplify our commitment to farmers, equity, and ethical sourcing,” said Cheryl Pinto, Ben & Jerry's Global Head of Values-led Sourcing. "Tony’s Open Chain enables us to combine traceability with sourcing principles that naturally align to Ben & Jerry’s mission and supports cocoa farmers to meet high standards on social and environmental practices while strengthening their co-operative.”

“Embracing the 5 Sourcing Principles of Tony’s Open Chain means unlocking the key elements to driving strong trading relationships and thriving cocoa communities," Cheryl said, “We are serious about chocolatey ice cream, and we are eager to join forces with Tony's Open Chain as a Mission Ally, on a delicious journey towards a more ethical future for cocoa production that all chocolate lovers deserve!”

Joke Aerts, Inspire to Actress (Tony's Open Chain Lead) for Tony’s Chocolonely, said, “We are thrilled that Ben & Jerry's joins us as a Mission Ally in Tony's Open Chain. Not only will this partnership see large volumes of cocoa beans sourced via Tony’s Open Chain but collaborating with one of the world’s most-loved social justice companies truly puts our initiative on the map internationally and proves that our way of working is a solution for all players in the cocoa industry. I am confident that, together, we can make big strides towards eradicating modern slavery and child labour, stopping deforestation, and improving the livelihoods of West African cocoa farmers.”

We are excited to share the news with fans, and soon to become fans, across Ireland. Watch this space as the Love A-Fair unfolds…. 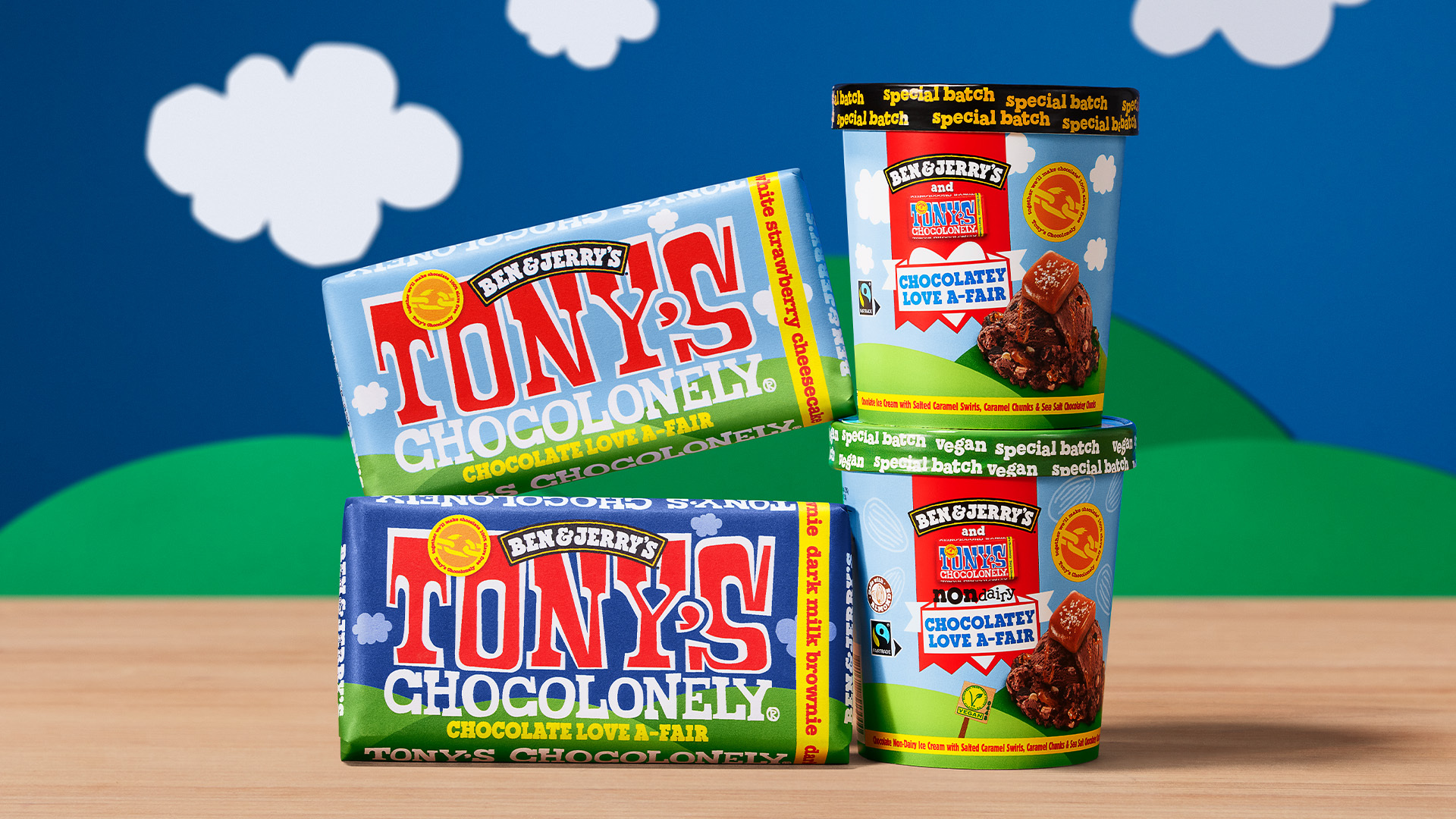 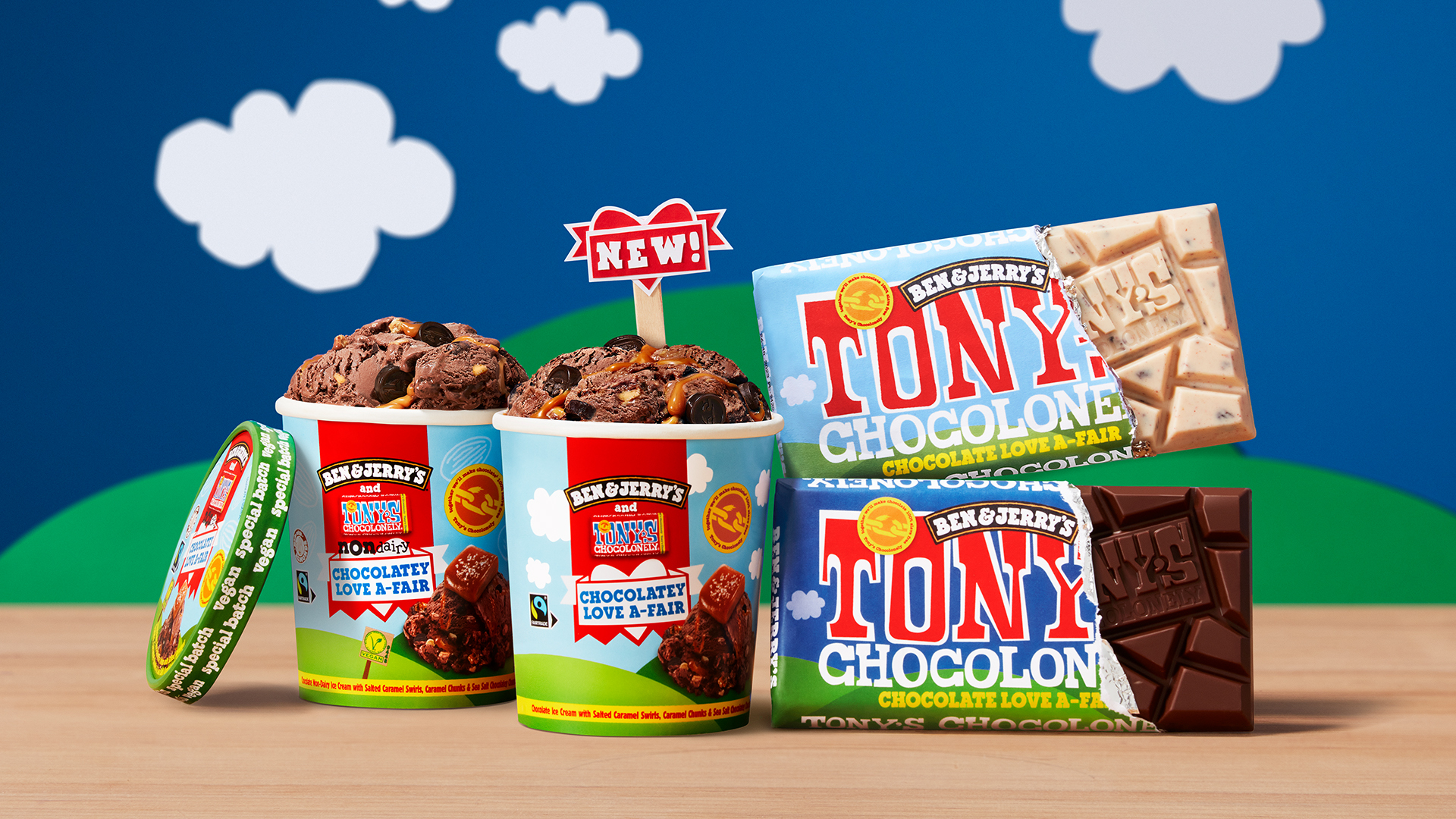 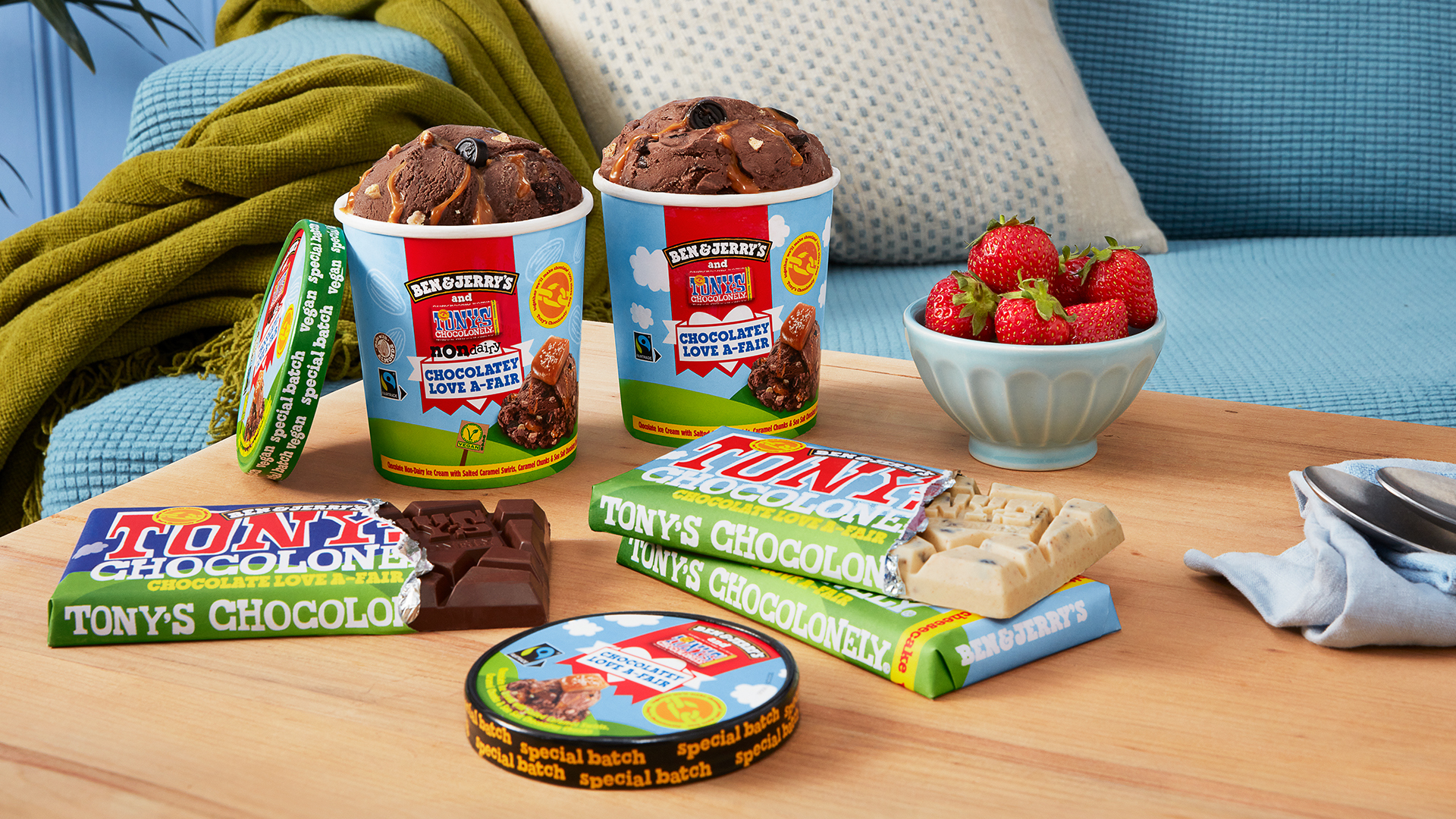 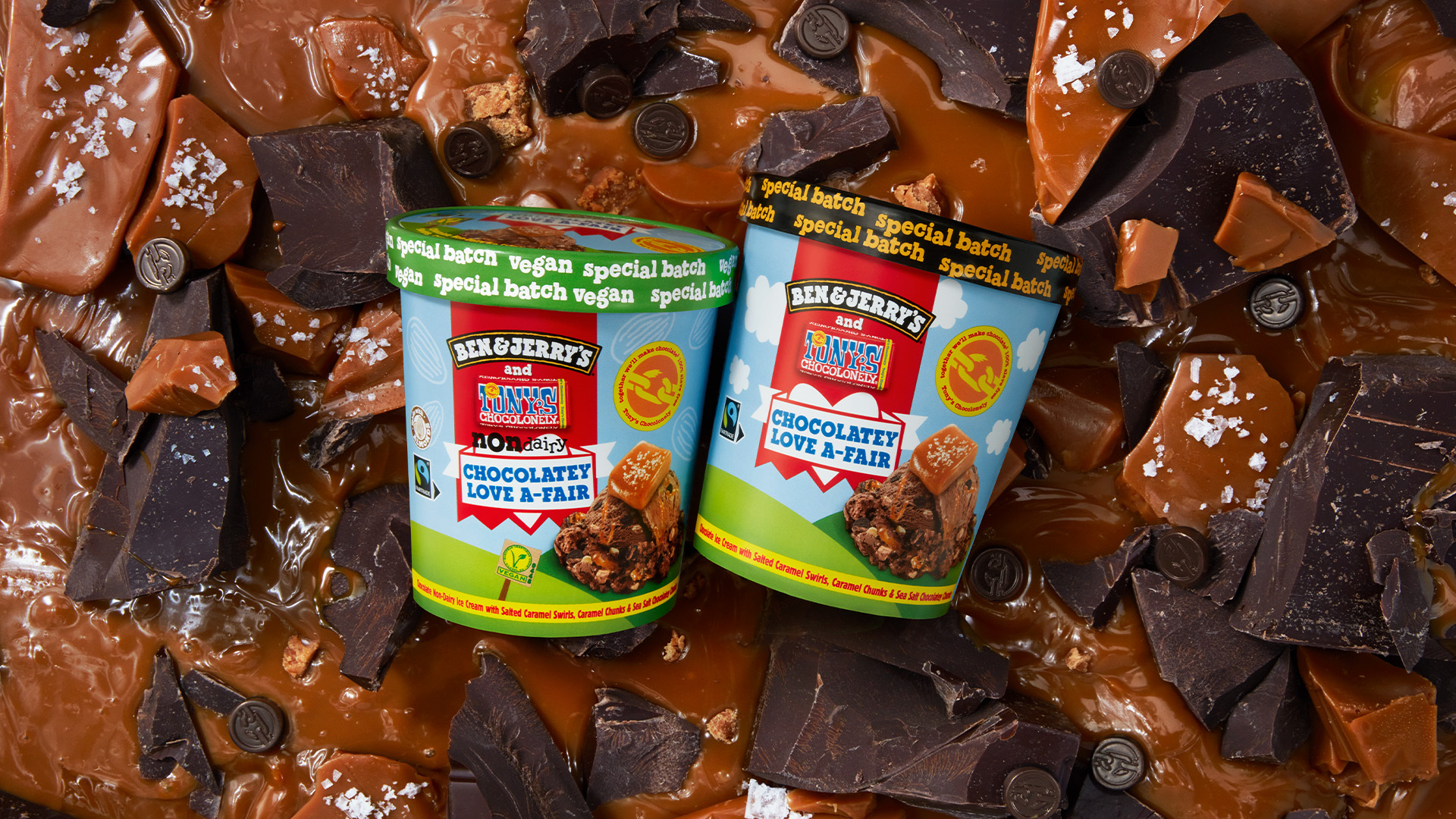 Tony’s Chocolonely believes that change begins with conversation. This was the inspiration for creating three new ‘Conversation Bars’ designed to provoke real talk around the...

We've been working with Ben & Jerry's for over 8 years, helping the brand connect with existing and future activists and ice-cream lovers.